Jenn Harper is the founder of Cheekbone Beauty, a Canadian cosmetics company that gives 10% of its profits to The First Nations Child & Family Caring Society. This up and coming business has garnered a lot of attention in the short time since it’s launched. Jenn has been featured in Flare Magazine, on CBC Radio and recently awarded the best social enterprise in Niagara for 2017 by The Greater Niagara Chamber of Commerce and the Niagara Community Foundation. I had the chance to sit down with this inspirational entrepreneur to chat about business, mental health, culture, healing and supporting loved ones through rough times.

Check out the following links for more information about Cheekbone Beauty:

Describe yourself in three words

What is Cheekbone Beauty and how did it start?

Cheekbone Beauty began after a dream I had where there were little girls playing with lip gloss. When I woke up I decided to start an online cosmetics brand that raises awareness and funds to support First Nations education. The proceeds go to the First Nations Child & Family Caring Society. This agency brings to light the injustices Indigenous youth/families face and work to resolve these issues.

I started this company because I wanted to ensure First Nations children/youth have access to appropriate and equitable education. There is a $216 million funding gap between the funding on reserve schools get versus the funding city schools receive. This means that reserve schools get 30-50% less funding than city schools which translates to about $4000 - $14000 less per student. Their schools are so underfunded. There are fewer teachers, some schools have no library, no computers, sometimes the schools are freezing cold.

Why did you decide to start a makeup company?

I decided I wanted to do something I love, I’m super passionate about cosmetics and the beauty industry.

When you find a new lipstick shade you absolutely love you look in the mirror and you feel happy, this ignites a feeling in us. Our core is what matters the most but feeling good has to start somewhere right? There is a term they use in AA called fake it till you make it, for instance it has been proven that fake smiling will eventually make you feel happier. So cosmetics kind of has that same ability, it is called cosmetics because it’s just fixing the little things but that's a start.

What was the hardest part about starting your business/project? How do you deal with roadblocks?

Funding the company is the hardest thing. I am currently funding the project myself but I have hopes of securing future funding. I started with $5000 of my own money, my husband has been very supportive he is proud of me and the business.

To overcome roadblocks I reach out for help. I am a part of a group of like minded women in business. We talk about our challenges and successes. Overall I find people who will support and empower me. It’s important for me to be honest and open with people, when I am open I discover that my experiences are relatable. It’s comforting to connect with people who have been there before.

Running a business can be stressful. What do you do to maintain work-life balance?

I always break away and try to get exercise whether it’s walking, going to the gym or something else. I will take breaks and go and do some prayers or meditation. I have a park across the street from my house so I take small little breaks. Getting into nature is hugely helpful. I love going to where there are trees because there is just something about being in nature that totally helps you get some clarity.  It helps you clear your head, refocus and get back to the task. I find eating sugar and refined food horrible, it affects my mood. So I really focus on eating healthy, getting tons of exercise and I really focus on prayer and meditation everyday. I find if I don’t do those things I’m in big trouble.

You have been very open with your personal and family struggles with mental health. Tell us a bit about your mental health journey, and how it affects you and your work today.

Looking back to 2009 it was a breakdown; a complete mental, physical and spiritual breakdown. My family was falling apart, my world was falling apart and I turned to alcohol in full force and let that control everything for the next four years. I look back and I can’t believe I overcame all of that. If I can overcome that, then anyone can. I look at myself as such a troubled pained person but not anymore. Now I look in the mirror and find a strong, brave and courageous woman. Facing things makes you better, not being ashamed anymore is powerful.

Racism plays a central role in your story. Can you explain how this has impacted your mental health? What would you say to youth experiencing the same thing?

My entire life I was trying to be white, but I’m not white! As a result I have experienced a lot of racism over my lifetime. When I was born the nurse told my mother not to put my father on the birth certificate because he was native. At age ten I met a new friend at school but later discovered that her mom wouldn’t have let us be friends if she knew I was native, but she thought I just had a tan from a recent vacation. At age 19 I was working at a restaurant, the manager pulled me aside and asked me to tell my Dad to leave, I confronted the man to discover that he was an unrelated drunk native man. These stories built up my entire life, and I chose to run away from it [my culture and my pain] because I didn’t know what else to do.

I was running away from my aboriginal indigenous side because I didn’t know the truth of who they were. The stereotypes I heard from society, were everything my family was.
My grandmother left residential school when she was 16 and went back to Northwest Angle, which is the reserve. She wasn’t getting therapy for her physical and sexual abuse from the residential school. She went on to have eight kids, my dad being one of the oldest. Soon she became a huge alcoholic because she was masking the pain of her youth. My dad eventually left the res and went to Thunder Bay where he met my mom and had me. Throughout those years has his own problems with alcohol. Additionally I have a brother who died by suicide, my other brother just got out of prison, i’m an alcoholic and my other brother is an alcoholic. But now I’m like this is who we are and I’m not ashamed of it. Now I have a full understanding of history. I learned that this pattern has a name, generational trauma. It’s the reason why so many Inuit, First Nations and Metis families struggle with all of the same battles. When I learned about that I learned how to cope.

This cycle has got to stop. I know stereotypes can change, we don’t have to keep living that stereotype.

To anyone experiencing this I would say self-awareness is key, realize that someone else's perception of you is not the truth, that’s not who you are. Don’t take ownership over what they think about you or your culture. We have the power to decide how we are going to feel and react about what people say about us. A quote that really resonates with me in regards to this topic is by Theodore Roosevelt;

“It is not the critic who counts; not the man who points out how the strong man stumbles, or where the doer of deeds could have done them better. The credit belongs to the man who is actually in the arena, whose face is marred by dust and sweat and blood; who strives valiantly; who errs, who comes short again and again, because there is no effort without error and shortcoming; but who does actually strive to do the deeds; who knows great enthusiasms, the great devotions; who spends himself in a worthy cause; who at the best knows in the end the triumph of high achievement, and who at the worst, if he fails, at least fails while daring greatly, so that his place shall never be with those cold and timid souls who neither know victory nor defeat.” ~ Theodore Roosevelt

This quote reminds me that even though our society is critical, other people’s opinions don’t matter. They don’t know anything because they haven’t walked in your shoes

You’ve been very open with your alcoholism and recovery. What advice would you have anyone who is going through relapse/recovery?

Rehab is a solid foundation, it gives you clarity and tools to help you work on your sobriety daily. Rehab shaped me and I am proud of who I’ve become.

Although I did well in rehab I still relapsed. I am an overachiever, I wanted to leave rehab with a gold star. I saw rehab as a project but that led me to go through it in the wrong way. Three weeks after rehab I relapsed. I wasn’t able to get sober again until I admitted I needed help and made a vow with the creator. I have been sober since November 27, 2014.

No one will be well until they want to be and until they realize they can’t do it on their own. We all need help because we are all just human beings. You need to believe in a power greater than you, this can be unique for each person. Finally you need to find humility and gratitude.

What advice would you have for anyone generally struggling with their mental health?

To anyone who is struggling with a deep dark pit of hopelessness, feeling like you have done terrible things and that you are a failure; hopelessness is the worst feeling, it’s so hard to get out of it but you are going to learn, grow and overcome. It’s just temporary. It’s a process, it’s not going to happen overnight. Take one day at a time. Change happens in small increments. The big picture goal is what I call a stretch goal. You have to have stretch goals but you also need to have daily SMART goals to help you get there.

What advice would you have for someone who is trying to support a loved one with addiction issues?

It’s the hardest thing to watch because no one will get better until they want to. My simple advice is just love them. Love is the answer, reach out to your struggling family member because they will come back. Believe in who they can be. It’s your actions that are important. Stick by their side and love them without expectation.

What’s next for you?

Also, I eventually want to manufacture in the Niagara region, I would love to employ people who are recovering from addictions who want to be well and want to feel dignified through employment. I believe this will also help the local economy.

When I meet youth who have accessed education through my work. 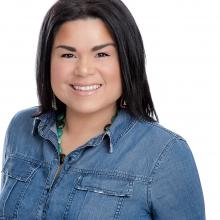 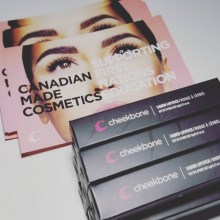 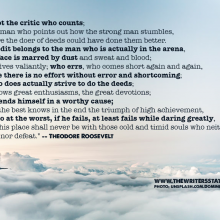