Small but powerful: It's not a fad, it's a message

A simple symbol with such a powerful message has been popping up across the globe. It has been trending on every social media platform in cyber space and covered by news hubs like the NY Times, Globe & Mail, CNN,  BBC, etc. Amy Bleuel originally founded the project as a faith-based movement and this small but powerful symbol was selected as “it represents a sentence the author could have ended but chose not to. The author is you and the sentence is your life.”

Yes, I’m talking about the semicolon.

As accepting as we think we are in today’s society, there are still so many negative stigmas attached to mental health issues. Can you imagine living with a daily fear of being labelled as crazy, emo, dramatic, attention-seeking, weak, or unstable? How about the endless worry about being rejected by people or employers for struggling with a non-visible health issue?

According to the Canadian Mental Health Association (CMHA), 1 in 5 Canadians will personally experience a mental illness in their lifetime. Every Canadian is indirectly affected whether it is a family member, friend or colleague. It is because of the discrimination attached to mental illness, which has become a serious obstacle for individuals to get diagnosed and to seek treatment.

So, why am I writing about this? I am part of the 20% affected. I got the semicolon tatted behind my left ear and I rock it with pride. Apologies in advance to my fam and friends because this is gonna get real.

For over 15 years I’ve struggled with depression. When I admitted that I needed help and even sought help… What was the reaction I received when I disclosed my issue? It was only "a phase" that I needed to forget about or grow out of.

I’m writing this for those who I’ve spoken to who are struggling in silence. It took me until recently to not give a crap of what people’s opinions are. You will get to a point where you are no longer ashamed, embarrassed or hiding behind other people’s expectations. What I’ve learned? Only surround yourself with people who are genuine, supportive and are about positive vibes. Trust your gut – it won’t steer you wrong.

If you met me in a professional setting, you would see a confident, young professional woman with an assertive and outgoing personality complemented with a strong work ethic and is willing to grind it out to the wee hours of the morning. She wouldn’t think twice to voice her opinions or stand up for her ideas. Some people in the industry have told me that I was the last person they thought would have this struggle. Additionally, by admitting my illness it would be shouting from the rooftops that I was weak. I disagree because it takes a lot of strength to face the comments of the naysayer and critics while working to build awareness.

The battle varies from day to day, and we aren’t curled up in a corner crying in the office, library, classroom or wherever else for the world to see. It’s a private battle and the level of  struggle is unique to the individual.

What now? What can you do for someone in your life affected by mental illness?

Well, it takes a lot of strength and courage for someone to admit they have a problem to begin with. Can you imagine what it takes for a person to admit something so private and not socially accepted? If they’re admitting this to you, it’s because they trust you, love you or are at a point, where they need to be pulled back from the edge.

Understand your own position on mental health. Treat them like a person, not a patient. Accept that they are battling something you may not understand. Listen without judgment. Let them talk or cry it out. Accompany them to therapy or support groups if they ask.

But most of all, DO NOT BE THE ARMCHAIR DOCTOR.

You aren’t their doctor, therapist or psychiatrist. You don’t know everything they are struggling through; so, please don’t force your opinions and views on them. All medications have side effects, but it’s a better solution than watching a person you care about succumb to unfortunate and irreversible circumstances.

Mental illness is very real and very present. It’s not about reinventing a person but about accepting and supporting their fight. Let’s work together and end the discrimination.

travelling chingrita, age 33, is a guest blogger. This blog post was originally published on her self-titled blog. 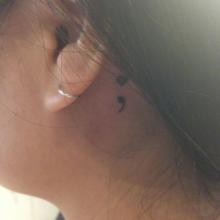 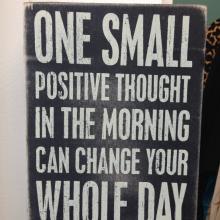 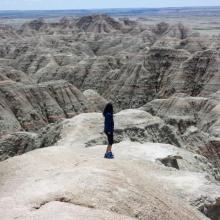 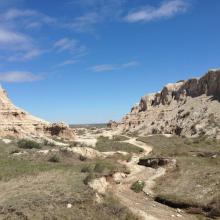