Open Heart, Open Mind is about Clara Hughes' journey through mental illness, immense pressures as a top athlete and her struggles to maintain her wellness. It's not glamorous, and it's not clean and shiny like the medals she holds. It's real and it's honest. It's about the unrealistic expectations we as a society put on ourselves and the self destruction and despair that accompanies that. It's about a young girl that thought she had the world at her feet but realized she was at the world's. It isn't a glamorous, Hollywood style tour of Clara's life, but it is filled with experiences to tug at your gut, and to remind you that no matter what, you can reach your dreams.

They say we should never meet our heroes, but if there was anything to challenge that notion, it would be Clara Hughes' latest release, Open Heart, Open Mind. Because when we see everything about a person, good and bad, we can relate to them on a new, authentic level. And that's just how it feels to read Clara's new book.

1)The John Muir Trail in California. It's breathtaking, literally and figuratively, ranging from 7000ft to 14,200ft, traversing the magnificent high sierra nevada mountain range. It was my very first hike and I will always return to do it again.

2) The Pacific Crest Trail. I've hiked about 500 miles of this long distance trail and will go back to hike more sections until I've completed the entire thing. My husband Peter has hiked the whole thing twice. I feel this need to go and at least do it once.

3) The Appalachian Trail. It's my very first thru hike. I completed this in the winter-spring-summer of 2015. What I like most about the AT is the culture. Feeling the strong connection, especially in the southern states, to the Appalachian corridor was something I'd never experienced before. It wasn't just the hikers who had this connection - it was everyone. They loved and lived in these mountains for generations and it was literally in their blood.

4) The Continental Divide. What can I say? I live in Canmore and it's directly south. It's a long distance trail. It is supposed to be the least organized and dialled in of the triple crown of distance trails in the USA (AT, PCT, CDT). It sounds like an awesome adventure. I could, potentially hike all the way home if I was northbound! 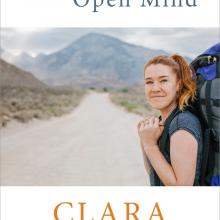